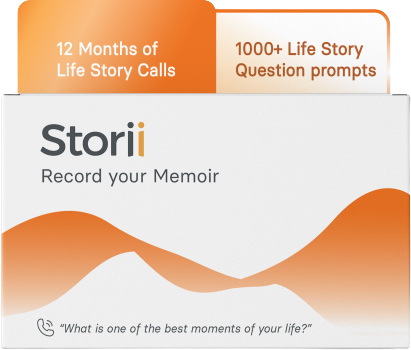 Who doesn't love a good story?

With Valentine's Day around the corner, we're in the mood to acknowledge and celebrate some of the great, real-life love stories of our time. We'll cover romances that have been turned into major motion pictures to those that have been published into books, or even changed federal laws!

The Vow by Kim and Krickitt Carpenter

Two months after Kim and Krickitt Carpenter said their wedding vows, a tragic car accident left Krickitt with a serious head injury that landed her in a coma for weeks.

When she finally woke, she did not remember who Kim was. Though she had no recollection of their relationship and suffered personality changes due to her head injuries, Kim stayed true to his vows. Against all odds, and through shared faith, Kim and Krickitt fell in love all over again. The Vow is a real-life love story that inspired the major motion picture starring Rachel McAdams and Channing Tatum.

A collection of the most popular and unforgettable real-life essays from the New York Times’ column ‘Modern Love’. These stories touch on love in all its forms and explore the endlessly complex workings of the human heart. The honest essays weave together to tell an overarching story of how relationships start, stop and endure.

An eye-opening and moving account of Richard and Mildred Loving’s involvement in the Supreme Court case that legalized interracial marriage in the United States. Powell tells the story in poetic verse, featuring two narrative points of view. Richard and Mildred fell in love as teenagers in an era of segregation, intense prejudice, and cruelty. To build a life together as a Black woman and a White man was against the law, but their determination and remarkable love story went on to change the outcome for interracial couples everywhere.

In the 1950s, Cynthia Riggs and Howard Attebery were colleagues at a marine laboratory in San Diego. They became friends who devised a secret code to pass notes back and forth, scribbled on paper towels. After several months, life took them separate ways and they lost touch. That is, until 62 years later when Riggs (now a celebrated mystery writer living on Martha’s Vineyard) received a mysterious letter in the mail containing all the letters she had Attebery had written each other back in the day. A correspondence developed and flourished, leading to this couple’s extraordinary reunion that resulted in an engagement and marriage. You can listen to this endearing love story on The Moth Radio Hour.

I Love You, Philip Morris: A True Story of Love, Life & Prison Breaks by Steve McVicker

Steven Russell is a legendary jailhouse Houdini. The man escaped prison four times in five years, always on Friday the 13th. While he possessed ingenious abilities to get out...staying out of prison was an entirely different matter. True to his unprecedented nature, Russel falls in love with one of his fellow inmates, Philip Morris and as a grand romantic gesture, he attempts to spring Morris out of jail. An exciting story of crime, punishment and passion ensues.

Capture Your Own Love Story

Storii gives you access to a database of thousands of life story writing prompts. Questions can be answered with video, audio, text, and/or images. Answers can easily be shared, downloaded, or printed off as a keepsake.

With Storii, you can easily build and preserve your own unique love story (or stories) to be treasured by your special someone(s) forever. Get great curated articles every week.

Thanks for subscribing!
Oops! Something went wrong while submitting the form.

We track sessions with cookies
For what?
Got it!